Farmers count cost of third highest flood in half century 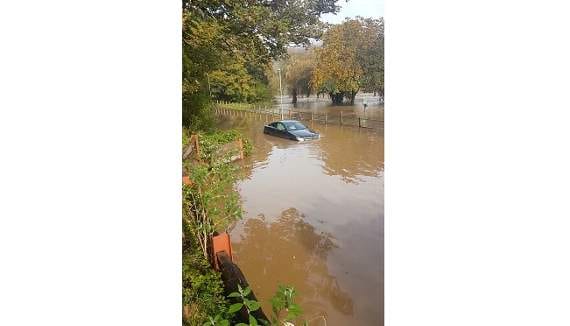 A WYE VALLEY farmer whose family has kept flood records for more than 50 years says last week’s high water was the third worst they have seen.

Around 150 acres of Ross-on-Wye arable farmer Ally Hunter Blair’s land was flooded the weekend before last when a month’s rain fell in one weekend.

Farmers fear they may lose crops, with very little winter planting having been achieved to date and the ground saturated.

And Mr Hunter Blair told the Farmers Guardian only two floods had been bigger since 1968 –one exactly 21 years ago at the end of October in 1998 and the other in January 2003.

“This is the third high- est flood since dad arrived here in 1968,” he said, after recording 38mm of rain over 24 hours.

“We have managed to get a lot of our drilling done, although it does not look pretty, so it will be interesting to see what survives.

“But there are a lot of people in far worse positions than us. I was chatting to a farmer up the road and he has not drilled an acre yet,” he added.

“We are on a floodplain so do expect some level of flooding, just not quite this much in October.

“We have got 15 acres of wheat and about 30 acres of fairly terrible looking oil seed rape under four foot of water. I doubt either will survive this.”

Conditions are too wet to apply fungicides, while phoma levels, an autumn disease in oilseed rape, are also high.