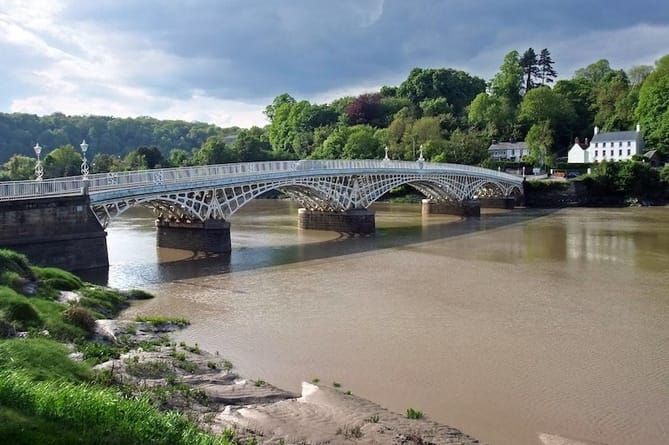 REPAIRS will need to be carried out on Chepstow’s Old Wye Bridge after an inspection identified new cracking.

Monmouthshire County Council says the iron on the 205-year-old Grade One listed structure has become "increasingly brittle and subject to cracking" over the years, and that consequently new cracks are likely to appear after old ones are repaired.It is estimated repairing the bridge will cost nearly £110,000 which will be shared with Gloucestershire County Council who jointly own the structure.

Monmouthshire Council inspects the bridge every six months, and has recently discovered new cracks which it has monitored and managed since it was first identified.

A council spokesman said: "Inevitably, these will have to be repaired and we will have to put measures in place to reduce or minimise the loading and stress on the bridge to prolong its life.

"These include limiting the weight of vehicles to three tons, testing materials, structural assessments and the installation of strain gauges.

"We estimate that £109,000 will cover the cost of these. All these measures are necessary so that we can keep the bridge open to traffic."

A further inspection is to be carried out in November to give an idea of the work which is required on the bridge in the next couple of years.

Monmouthshire council said it is currently "unable to anticipate" if the bridge will need to be closed for the work to take place.

Chepstow councillor Armand Watts has raised questions over why further work is needed after previous repairs in 2016.

"The last time it was closed the work lasted for some time and it was supposed to be the silver bullet for the structural repairs on the Old Wye Bridge," he said.

"We were told it would last for about 15 years but that is not the case.

"In the last few years they have been spending money on it and it looks as though they are trying to make a case to close it which would have serious implications on the traffic flow."

Monmouthshire council said that if the bridge has to be closed it will look to ’minimise’ disruption in the short-term.

A spokesman said the second stage of the Chepstow Transport Study - which looks at options such as a bypass, public transport and walking and cycling improvements to ease congestion - could offer a longer-term solution.

He added: "While the authority must work to preserve the bridge it is hoped the study will offer alternative travel options that will alleviate the problems associated with longer-term restrictions on the Old Wye Bridge."