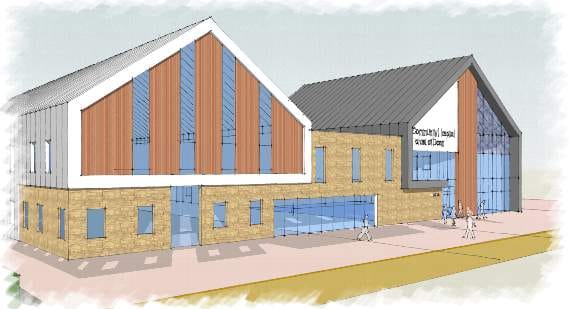 THE case for a new hospital in the Forest has been formally agreed by county health chiefs – but the estimated cost has more than doubled.

For most of the six-year planning period, it was estimated the hospital would cost £11 million.

But the full business case approved by the Gloucestershire Health and Care Trust’s board last week now puts the cost at nearly £24 million.

Increased construction costs are at the root of the new price tag of £23.9 million, says the trust.

The new hospital at Steam Mills Road, Cinderford will include 24-beds with en-suite bathrooms, an urgent care facility and diagnostic services including a dedicated endoscopy unit.

The new costs also include £700,000 more for equipment, including moving the X-ray machine installed at Lydney Hospital in 2017 which was largely funded by the Friends of Lydney Hospital.

Building work is expected to start in February next year and the new hospital will open in June 2023 with the closures of the Dilke and Lydney the following month.

The business case will now being shared with “partners for their consideration and wider support and also with regional figures as part of the wider NHS approvals process.

Chief executive Paul Roberts said: “This is a major investment in infrastructure in the Forest of Dean, and I think it’s exciting and overdue investment.

“Of course, we recognise there has been some contention around these proposals. A series of decisions have been made, with the location recommended by a Citizen’s Jury and on the size of the hospital and services to be included.

“Our job has been to put those decisions into action to deliver a new hospital, and I believe we have developed a scheme which is workable and affordable.”

But the business also reveals there will be job losses as a result of the move to one site.

There will be a reduction of the equivalent of 35 full-time ward staff with the conversion of nursing posts to additional therapy posts.

There will also be a loss of the equivalent of nearly nine full-time maintenance and 2.6 minor injuries unit staff.

permission will be given.