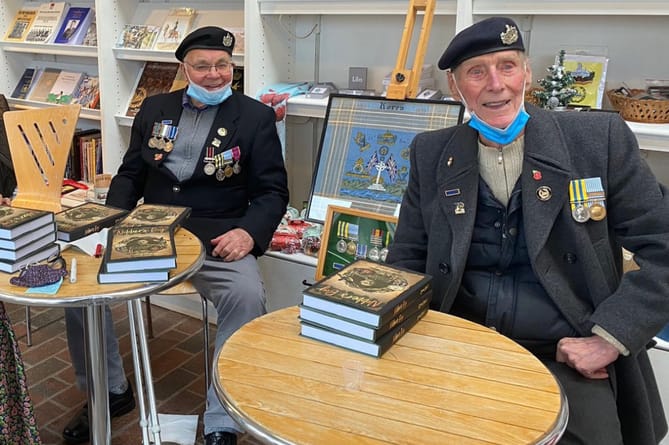 TWO Korean War veterans supported the launch of a book based on the story of a Forest soldiers’ part in the conflict.

Roy Mills, of Cinderford, and Joe Collett from Cheltenham were at the Soldiers of Gloucestershire Museum for the launch of Nobber’s Boy.

It is a fictionalised account of the experiences of David Gardiner of Ruardean and other Forest soldiers during the Korean War of 1950-1953.

It was written by Mr Gardiner’s niece Lynne Lambert, who grew up in the village and the title refers to the name his father was known by

At the launch Amanda Deeks read two passages from the book.

One was a moving scene of the young Foresters interned in a brutal prisoner of war camp in North Korea during their first Christmas in captivity.

In it, they toast their families back home with a bowl of sorghum, a type of cereal.

As well as providing new information on the battle, the book also takes the reader through the arduous 300-mile forced march and the prolonged indoctrination programme which the young men were forced to endure.

The author and veterans signed copies of the book at the event which was hosted by Gloucestershire Deputy Lieutenant Roger Deeks of Oldcroft.

For more information and to order copies visit www.nobbersboy.com