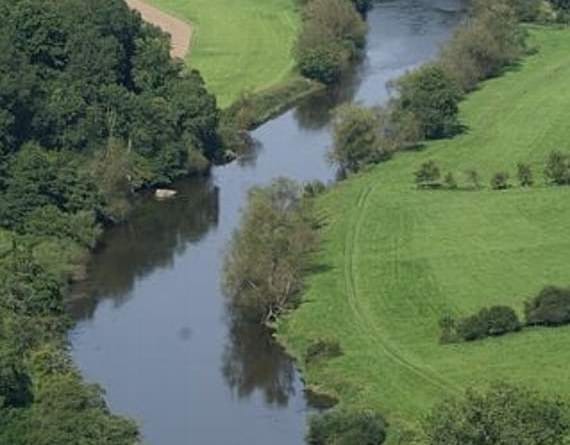 CAMPAIGNERS say they are “sorely disappointed” that the Forest of Dean has not been awarded AONB status in a recent announcement of new protected areas in England.

Natural England (NE) announced the designation of four new areas, as well as an “ambitious” landscape improvement programme, last month in response to a “major” independent review into the country’s National Parks and Areas of Outstanding Natural Beauty (AONBs).

But the Forest of Dean has once again been overlooked for inclusion, despite local campaigners “firmly” believing that it meets the criteria for new designated landscapes in England.

NE defines an area of outstanding natural beauty (AONB) as land protected by the Countryside and Rights of Way Act 2000 (CROW Act) “to conserve and enhance its natural beauty”.

The Gloucestershire branch of the Campaign to Protect Rural England (CPRE) has been calling for the Forest to receive AONB status “for some time”.

The group say the area has been recognised as deserving protected landscape status since before the Second World War, with 42 square miles of ancient woodlands being designated as England’s first National Forest Park in 1938.

Alongside the Wye Valley, the Forest was recommended for designation in both the Dower and Hobhouse reports of 1945 and 1947.

The National Parks Commision started to formally review the recommendations in 1959, but local councillors, and possibly the Coal Board, stood against the proposals amid fears that the designation would disrupt plans to extract coal and other mineral deposits from the Forest.

The Wye Valley was designated as an AONB in 1971, but the Forest was left out as it was seen as forming a distinct separate landscape.

Then, in 1996, the published Gloucestershire Minerals Plan included proposals for large-scale mineral extraction in the Forest of Dean.

Those proposals were met with continued public protest, and led to the Labour Government asking the Countryside Commission to produce a report on ways to protect the Forest in 1998, which recommended that it should become “an enhanced AONB”.

Since that time, the Forest has become an increasingly popular destination for tourists and holidaymakers, which CPRE says is thanks to a combination of the natural beauty of the area and the “entrepreneurial spirt of Foresters”.

The area is now one of the “principal visitor destinations” for people travelling from Bristol and the West Midlands, with 2.3 million visitors to the Forest, excluding the Wye Valley, recorded in 2018.

Simon Murray, Chair of CPRE Gloucestershire’s Forest of Dean committee, said: “Our National Parks and Areas of Outstanding Natural Beauty (AONBs) are the crown jewels of our countryside – with living, working communities at their heart.

“We firmly believe the Forest of Dean meets the criteria for new designated landscapes, being not only an outstanding area of natural beauty, but with its strong free-mining traditions, socially and historically it is very different from many of our National Parks and other AONBs.

“Being near major centres of population it provides easy access for recreation in forest and rolling countryside, and as one of the most densely forested areas in the country, it makes a real contribution to mitigating the climate emergency.

NE announced the proposals, which will see four new areas considered for AONB status including the Yorkshire Wolds and Cheshire Sandstone Ridge, as well as extensions to both the Surrey Hills and Chilterns AONBs, on June 24.

The government say the proposals will help deliver on the Prime Minister’s commitment to protect 30 per cent of our land for nature by 2030, as well as a government pledge to safeguard more of England’s landscapes for future generations, as outlined in a 10 point plan for a “Green Revolution”.

NE has also announced the creation of a “strategic and visionary” map, which will “reflect the spirit” of the Hobhouse Map which led to the establishment of England’s first National Parks 70 years ago.

The map will serve as an England-wide assessment which will identify conservation needs across the country, including any remaining places that might be suitable for National Park or AONB designation.

Forest of Dean District Council reaffirmed its ambition to see the Forest recognised as an AONB in June this year, as councillors approved a new management plan for the Wye Valley AONB.

Cllr Sid Phelps (Green, Lydbrook), who is the cabinet member responsible for environment, said in a meeting: “Our council believes the Forest of Dean should be recognised as a national landscape through the designation, such of an AONB.

“While the management plan is for the existing Wye Valley AONB, it does recognise the Forest of Dean District Council’s wider ambition of being designated an AONB.”