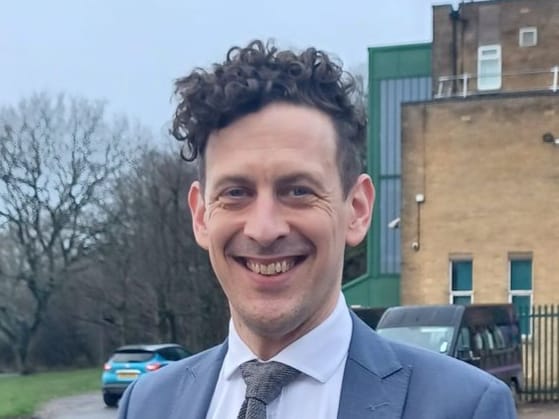 Alan Dane was appointed head at The Forest High School at the beginning of 2022. ( )

THE FOREST High School in Cinderford has been rated “inadequate” by education watchdog Ofsted.

The school has been placed in special measures and will be closely monitored by inspectors with visits every term next year.

The school says Ofsted recognised that improvements are being made but it was too early for inspectors to see the impact of them.

College is rated as ‘outstanding’

The opening paragraph of the report states: “The quality of education pupils receive is not good enough.

“Staff have low expectations of pupils, particularly pupils with special educational needs and/or disabilities and pupils who speak English as an additional language.”

It says many parents support new headteacher Alan Dane – who was appointed in January – and he has made some improvements such as behaviour around the school.

But it adds: “…there is still a long way to go. Learning is, too often, disrupted by poor behaviour. This is because the pupils’ needs are not always met well enough.”

The reports says pupils are keen to learn about a broader range of subjects and want to do well but the organisation of the curriculum to know or remember more while teaching does not help pupils learn as well as they could.

It says Mr Dane knows where the weaknesses are and is determined to improve the school but the weak leadership structure means there is limited expertise to lead improvements.

Inspectors say the curriculum is too narrow with no opportunity to learn subjects such as music, design and technology and drama.

They found pupils were frustrated by disruption caused by bad behaviour but sometimes interruptions – including derogatory language – was ignored by teachers.

In a letter to parents, Mr Dane said the report “strengthens the commitment of all of us who love this school to make it the best it can be for your fantastic children, and to do so as a matter of urgency.”

The letter also lists the action the school is taking to address the issues highlighted by inspectors.

A number of new, specialist teachers have been appointed for September, allowing the reintroduction of computing, drama, food, music and Spanish.

Mr Dane said he had made it clear to teachers that “a core part of their job” is to plan lessons with ambition for every student’s potential and individual needs.

On behaviour, he said there has been a number of measures introduced such as a mobile phone policy to improve concentration in class and the appointment of a new assistant head for behaviour and attitudes.

Leadership is being improved by the appointment of new assistant heads, a new deputy head and by having each subject led by an experienced and effective specialist teacher.

In a statement, Mr Dane said: “An Ofsted inspection is an important snap-shot of a school at a particular time, and all schools will be responding to national changes in curriculum policy, staffing challenges, new ways of approaching teaching and learning, behaviour and attendance.

“The timing of our inspection, in the early days of significant change, with a brand new leadership team in place post pandemic, was unfortunate as there was not enough time to evidence the significant impact that these changes will make.

“I am really confident and positive about the future.  The significant progress made in the structure and personnel will provide the necessary route out of Special Measures and we will welcome working with the Regional Schools Commissioners and other local organisations to ensure that the school improves with pace and is stronger as it bounces back in the new academic year.”