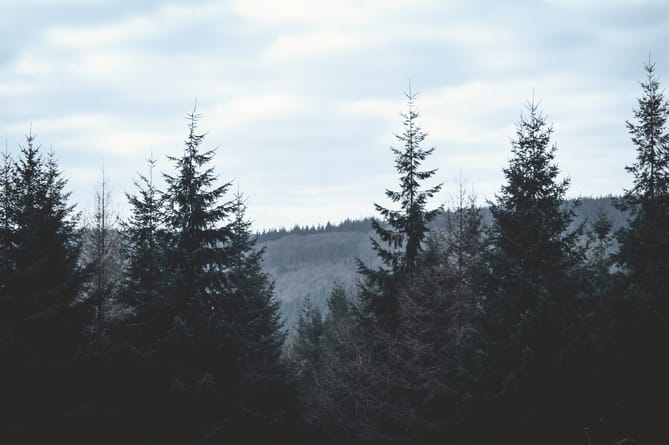 Civic leaders in the Forest of Dean are frustrated calls for the area to be granted protected status are being ignored by the Government.

Councillors reiterated their desire for the Dean to be designated as an area of outstanding natural beauty (AONB) at a Forest of Dean District Council cabinet meeting last night (March 10).

The nationally renowned Forest of Dean has never been formally recognised through designation as a protected landscape.

The Forest was recommended for national protection in the reports to Government after the Second World War and some 232 square miles of the Dean and Wye Valley were identified as meriting protection.

However, while the Wye Valley was designated as an AONB in 1971, the Forest of Dean was left out.

Experts said at the time that the area formed a distinct landscape separate from the Wye Valley and that designation was not necessary as the Forestry Commission had adequate powers for meeting amenity and recreation needs under 1968 Countryside Act.

But this disregarded the landscape merits of the non-afforested parts of the Dean and the need to consider the area as a whole.

Council leader Tim Gwilliam (The Progressive Independents, Berry Hill) said council officers put in a great effort in proving the case for the Forest of Dean to be given AONB designation as part of the Glover Review of Protected Landscapes in 2019.

“That work was recognised in the final Glover report so it’s regrettable and surprising that the Government appears to have completely ignored the Forest of Dean’s potential for that designation,” he said.

“This district has been identified as an area of outstanding natural beauty since the concept was initiated in 1947. Time after time, other designations have been in other areas and time after time the Forest of Dean’s claims have been ignored.”

Cllr Gwilliam said he wants to know why the Government why a district is yet to receive such designation. Andhe shares the scepticism with Cotswold District Council over moves for National Park status.

He said: “AONB status would give us the opportunity to celebrate and protect what we hold dear while allowing us to regenerate and flourish.

“A special place protected by law but vibrant and somewhere our young people can build a future.”