Online pervert who preyed on children jailed for six years 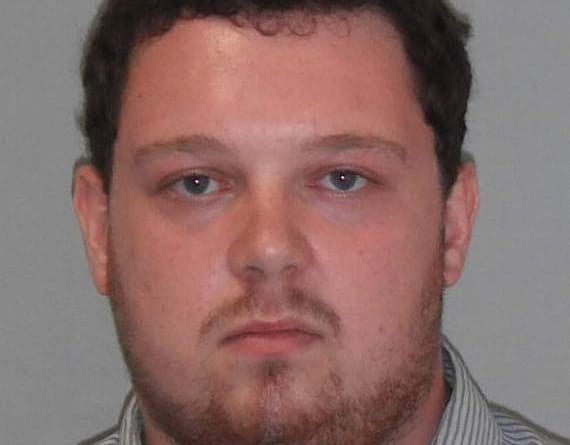 Daniel Dean has been jailed for six years.

A 23-YEAR-OLD Wye Valley man has been jailed for six years for online child sex offences.

Daniel Dean, from Symonds Yat, admitted 13 counts of inciting a child to engage in sexual activity among a string of sex crimes.

Hereford Crown Court heard he invented "fake personas" on the internet to engage with children and incite them to commit offences for his own gratification.

He also threatened to expose images and videos of the youngsters if they refused to carry out his sick demands.

He will be on licence for a further four years when eventually released and was also ordered to register as a sex offender for life, and given an indefinite Sexual Harm Prevention Order.

He was then re-arrested in July 2016 following the discovery of evidence on his computer and devices, which showed he had been engaging with children on a number of internet platforms, and inciting them to commit serious sexual offences. A large collection of indecent images of children was also found, the court heard.

Detective Inspector Gavin Kinrade of West Mercia Police said: "This has been a complex investigation involving multiple victims and a significant volume of digital media, which officers have painstakingly had to view in order to identify and safeguard victims.

"I would like to thank the many victims who have bravely come forward and helped throughout the process. Their assistance has been an essential part of bringing this case before the courts.

"Daniel Dean used false personas on the internet to engage with children and incite them to commit offences for his own gratification. "On numerous occasions he threatened to expose images and videos of the children if they refused to carry out his demands.

"Many of the victims will have been at home when offences were committed, and their parents no doubt believed they were safe.

"I’d like to take this opportunity to urge parents and guardians to make sure they have a full, frank discussion with their children about how to protect themselves online.

"There are some great resources out there to help - from the NSPCC, and from Childline, for example."

One resource is the Lucy Faithfull Foundation, a registered child protection charity dedicated to reducing the risk of children being sexually abused.

It works with families affected by sexual abuse, including adult male and female sexual abusers, young people with inappropriate sexual behaviours, victims of abuse and other family members.

More information for adults concerned about their own behaviour, or that of someone they know, is available at www.stopitnow.org.uk