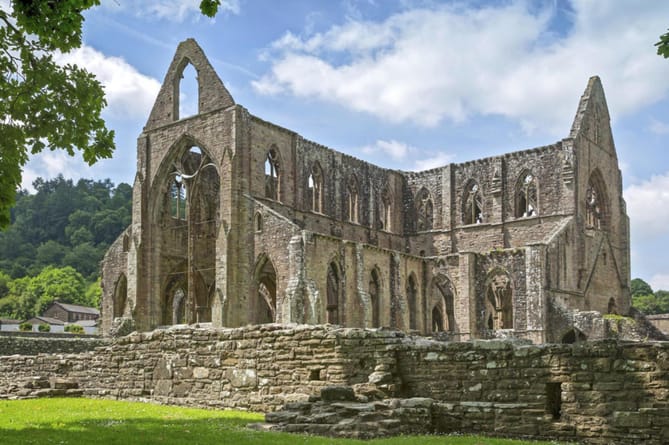 A WOODED bank and clearing just yards from Tintern Abbey could be turned into an upmarket camping site, if plans are approved.

Tintern Glamping has applied to site five glamping pods and an office on nine acres of land beside the former Abbey Hotel, which itself remains undeveloped amid an ongoing planning bid.

Glamping applicant Michael Lewis says that due to the topography, landscape of the site and "clever design" the units will not be seen from the 900-year-old Abbey on the other side of the Wye Valley road.

A report submitted to Monmouthshire Council planners says: "The proposals have taken into account the scale of the development and (we) will only be installing five glamping pods onto the upper level of the site, which is well-screened by natural vegetation and one manager’s/reception cabin on the middle level.

"The design is for three timber glamping pods and two shepherds’ huts, all self-containedâ¦ on the upper level of the site."

The pods will not be permanent and can be removed in the future, it adds.

Parking will be on the middle level with only pedestrian access to the accommodation, while the lower level will provide access off the A466.

The report says: "Given the sensitivity of the site, being close to Tintern Abbey, the Offa’s Dyke footpath and within the Area of Outstanding Natural Beauty, the design has been kept natural and low key in scale, whilst using the topography and natural screening of the site.

"The curved roof of the glamping pods reflect the shape of the windows in Tintern Abbey and the shepherds’ huts are suggestive of a traditional rural landscape.

"The glamping units will be custom-built to a standard that ensures they are highly energy efficient and exceptionally airtight, thus the energy demand for heating will remain lowâ¦

"The site has been assessed by an ecologist who confirms that there will be minimum impact to the immediate and surrounding area by the proposals."

But the scheme is facing opposition, with local ward county councillor Ann Webb calling for Monmouthshire Council’s planning committee to reconsider the plan "due to local and my concern regarding this application".