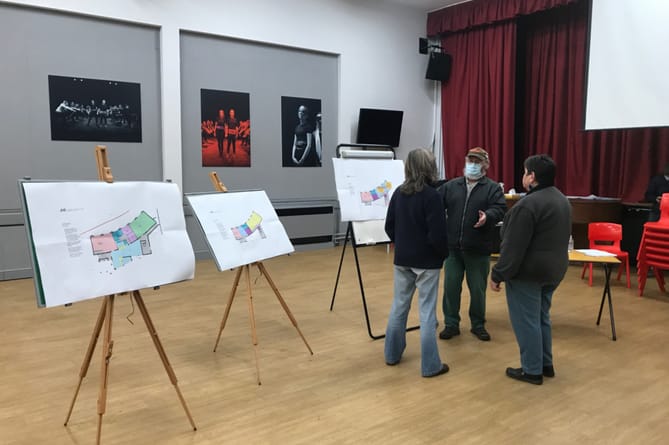 RESIDENTS were asked for their thoughts on the £9 million regeneration of the former college site at Five Acres last week - and most described the plans as "really positive".

Forest of Dean District Council hosted a community drop-in session at Five Acres High School last Thursday (November 25), with residents invited to view and give feedback on plans for the development.

Council staff said the "steady" stream of residents who attended described the plans as really positive, with most pleased to see a variety of uses in mind for the local community.

The district council secured funding for the new community and leisure facility from the Government’s Levelling Up Fund in October.

The first phase of the development consists of the refurbishment of the existing Speedwell building, including the demolition of adjacent buildings to create a new "naturally lit" entrance space.

The ground floor plans include a gym, changing facilities, office and meeting space and a central cafe.

Further multi-function rooms are planned for the second floor, along with two "satellite learning spaces" for Hartpury University and College.

Existing hard sports courts at the site will also be retained and upgraded.

Phase two of the development consists of the building of a new four-court sports hall, a 3G pitch and cycle hub.

Future plans include the development of a hotel, to be located near the sports hall and parking areas.

Demolition works at the site are set to begin in January, with phase one due to be completed by the end of next year.

The team will then aim to complete phase two of the development by the end of 2023.

A ballot box was provided at the drop-in session for people to anonymously leave feedback on the plans.

A feedback form asked for residents’ thoughts on the refurbishment of the Speedwell building, particularly the proposed layout and uses for each floor.

It also asked for feedback on plans for the new sports hall, including which sports and activities they would like to see included in the design for the building.