Shut Netflix store will be ‘reopening’ 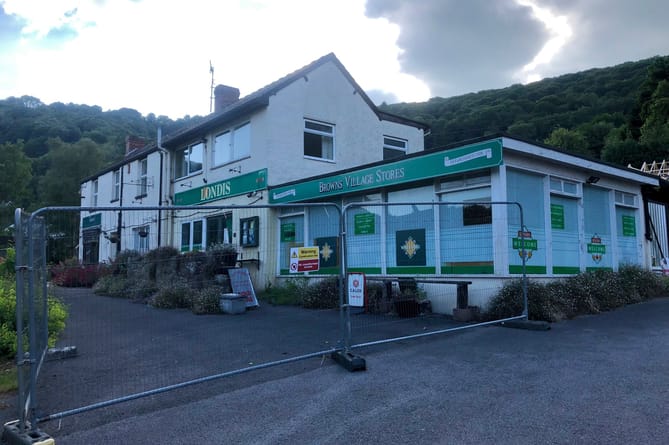 THE future of one of the Wye Valley’s oldest family-owned shops isn’t in doubt, say its owners, after mystery over its closure for the last seven months.

Browns store in Llandogo has been run by the same family in the quiet Wyeside village since 1928, but was thrust into the global spotlight three years ago with a starring role in Netflix hit series Sex Education.

Mystery has surrounded its long-term future, though, after the shutters went down last November and the Wye Valley road shop was surrounded by fencing, with signs saying it was a ‘construction site’.

A notice in the window said it was closed for refurbishment, but local Trellech United councillor Bob Dagger said earlier this year that despite inquiries, villagers were in the dark about what was happening.

However, family member Catherine Green has now reassured people that it will be reopening, after renovations and some major structural work, including the removal of asbestos in the roof.

Run by Roger Brown and wife Ruth since the late 1950s, he sadly died shortly after the store’s starring role in the first Netflix series in 2019.

And at the age of 81, Ruth decided to hang up her apron at the end of 2021 following 63 years serving local people and Wye Valley visitors.

That led to increasing speculation about its future, but Ruth’s daughter Catherine has revealed that work is ongoing and they will be leasing the business so that it can continue to serve the local community.

She posted on the Llandogo Facebook page: “Firstly, I’d like to personally apologise for not giving you all an update regarding the refurbishment of Browns Village Stores.

“As you will be aware the shop temporarily ceased trading on November 19, 2021.

“We have commenced internal work within the property to meet building regulations and to enable the occupation of a new tenant to lease as a convenience store.

“That will once again allow the community shop to proudly serve Llandogo and the surrounding areas as started by my grandfather and grandmother in 1928 and continued by my father and mother.

“However, we have uncovered several major structural and maintenance issues, which were unforeseen until we started stripping out the existing internal fabrication.

“We have exposed a significant amount of work including asbestos removal from the roof space.

“Unfortunately, at this time I cannot commit to a date for the re-opening.

‘‘I can however, give you my assurance that Browns village shop will be re-instated in Llandogo, in accordance with my father’s wishes.

“Thank you all for your continuing interest, positivity and support for my family.

Sex Education is filmed in the Wye Valley and Forest of Dean, and the store’s starring role saw fans of the series flock to the shop, boosting trade.