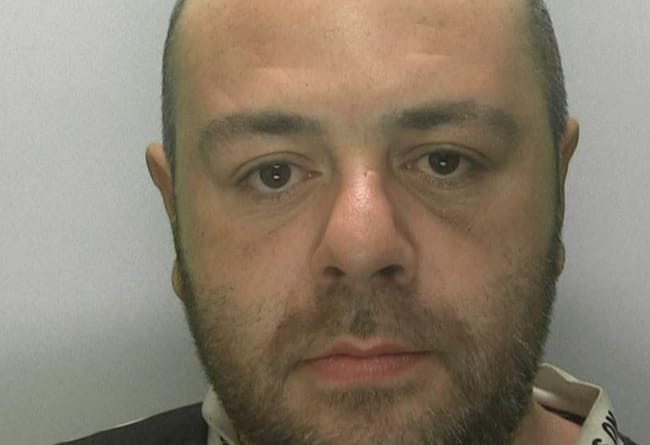 Benjamin Briggs, of Oakfields, Coleford, appeared before magistrates on May 4 (Tindle )

A 39-year-old Forest of Dean alcoholic who ‘fell off the wagon’ and went on a nine day spree of theft and violence has been fined and ordered to pay compensation to his victims.

At Cheltenham Magistrates Court on Wednesday (May 4), prosecutor Cathy Thornton said the spate of offending by Benjamin Briggs began in Cinderford on November 16 last year when he was sitting in a vehicle close to where men were working on a property.

“Over the period of an hour he was shouting in a loud and aggressive manner to nobody in particular,” she said. “The workmen believed, however, that his fury was directed at them as there were some veiled threats contained within the shouting.

“The workmen felt concerned by this and contacted the police. When the officers went to the address in Buckshaft Road they found Briggs reclining in the driver’s seat of his vehicle and he was asleep.

“The police woke Biggs up and noticed he smelt of alcohol. During a heated discussion Briggs tried to barge past PC Rees and a tussle ensued. The police managed to restrain Briggs after he had been sprayed with Pava, an incapacitant.

“Briggs was taken to the floor and arrested for being drunk and disorderly and assaulting one of the police officers.

“The next set of offences revolves around a number of thefts from various shops. On November 19 and 22 Briggs entered the Cinderburys shop in Cinderford’s High Street and on both occasions he selected a bottle of wine and left without paying for it.

“On the first occasion he was seen placing the bottle under his jacket and on the second he put it down his trousers. Neither bottle was ever recovered.

“On November 25, Briggs entered the shop on the forecourt of Elton Garage and stole a bottle of wine, but was challenged by Kevin Gullick, a member of staff. Briggs managed to get away back his car.

“A few minutes later Briggs returned to the garage and re-entered the shop and again attempted to walk out with a bottle of wine without paying.

“One of the staff, Carrianne Aston, alert to what Briggs was trying to do, tried to block the door with her foot but he pushed her out of the way and as he did so the door clouted her, causing her to suffer bruising on one side of her body. Briggs made his getaway for the second time.”

David Brown, defending, said: “There is a common theme running through this offending: alcohol. He is a recovering alcoholic and just before the first incident he’d fallen off the wagon. This was why he was sitting in a car shouting as he did.

“The thefts speak for themselves. They were unsophisticated.

“Briggs explains he was waking up and suffering withdrawal symptoms and was desperate for alcohol.

“He is now with Alcoholics Anonymous and is on the waiting list with another body which addresses people with addiction problems.

“The pre-sentence report suggests that he needs additional help to which he is open to receiving to help him rehabilitate himself. “

Briggs also admitted assaulting Mr Gullick and Ms Aston by beating on the same date. He pleaded guilty to failing to surrender to police bail on December 15, 2021.

In sentencing Briggs, Mark Hunt, the presiding justice, said: “It is clear that you have a problem with alcohol and are taking steps to resolve this.”

Briggs was fined £120 for his offending, ordered to pay court costs of £85 and a victim surcharge of £95 and to pay compensation to the shops concerned and £50 to Ms Aston.