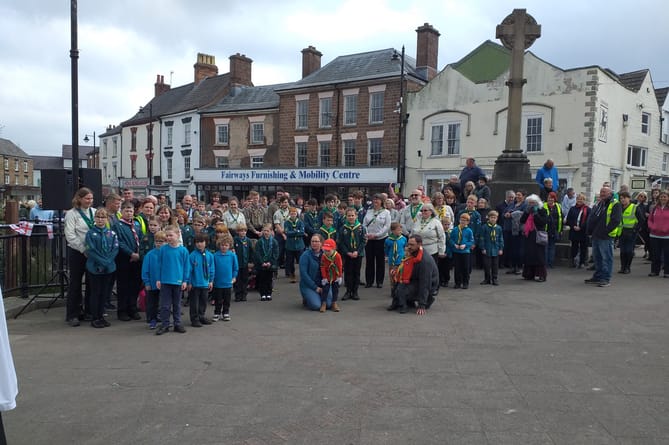 YOUNG people from across the Forest turned out en masse at the weekend to represent their communities in Coleford’s annual St George’s Day Parade.

Groups of Girl Guides and Scouts, Army and Sea cadets were among those taking part in the town council-organised parade to mark the feast day of the patron saint of England on Saturday (April 23).

More than 120 young people took part in this year’s parade, which was part-funded by Coleford Town Council together with Gloucestershire County Council.

The youngsters representing their organisations - including the Scouts, Cubs, Beavers, Girl Guides, Brownies and Rainbows, as well as Army, Sea, Air and Police Cadets - waved flags and displayed banners bearing their emblems as both a show of community spirit and a chance to celebrate and remember England’s patron saint.

The youth groups and their crowd of supporters enjoyed the rousing music of Pillowell Silver Band during the event, which began with the parade through the town from the Angus Buchanan VC Memorial Ground and culminated in an open air service at the Clock Tower.

As part of the service, the attendees witnessed the renewal of promises for the Scouts Association, and congratulated Forest stalwart Martin Williams for his outstanding service to Scouting.

The event, first held in 2017, was introduced by Coleford Town Council in conjunction with the local groups to provide a platform for young people from uniformed services and organisations to showcase their work and activities to the community of the Forest of Dean.

Mayor of Coleford, Cllr Nick Penny said following the parade: “This event is all about our young people, and I am so pleased that as a town council we continue to provide this platform to showcase the various organisations in our community.  Once again everyone presented their group to the highest possible standard and we are grateful to all who attended”.