Full stream ahead for Wye rowers 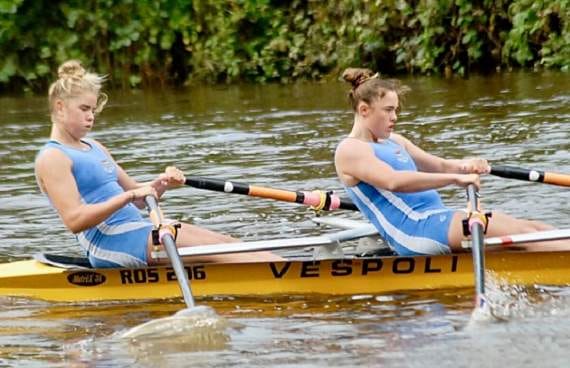 COURSE records fell as more than 400 rowers launched out in 200 boats on a fast-flowing River Wye in the first time trial of the autumn and winter season.

Both of Monmouth Rowing Club’s annual head of the river races were sunk by high water in 2018, so organisers were worriedly looking at the height of the Wye following heavy rain.

But the level fell sufficiently to allow safe racing over the 1.5-mile downstream course from Hadnock to the boathouse, in three divisions against the clock.

They also had the fastest four of the day among their seven category wins, with Mathis Bellino, Hamish Lawson, Harrison, Michie and Kulkarni taking the J18 class in 6.52 by three seconds.

Monmouth Comprehensive BC landed four wins, with Finlay Waters and Oliver Chilcott taking J18 doubles in 6.49, just 1.2secs behind Cardiff University Alumni’s fastest double of the day, while Waters doubled up in the J18 Band 1 singles, winning in 7.22.

Taking the pennant for fastest women singler overall in a new course record was German student Verena Sebald, who is doing a term at Monmouth School for Girls.