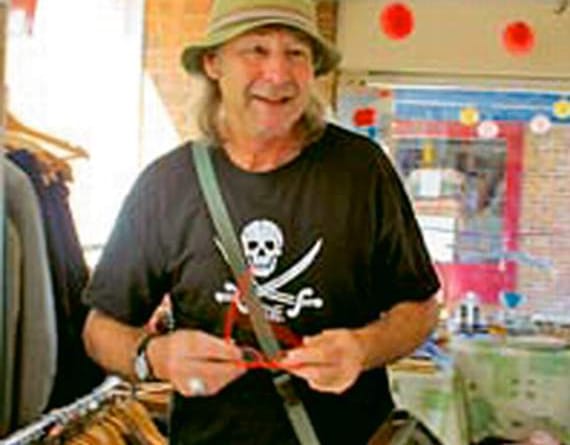 THE Ross-based musician was said to be the prime mover behind Mott the Hoople’s glam-rock distinctive image.

Bassist Overend died at the age of 69 on Sunday. He had been suffering from throat cancer.

Mott the Hoople were best known for the hits Roll Away The Stone and All The Young Dudes, which was written and produced by David Bowie.

Peter Purnell from record label Angel Air Records paid tribute to Overend and said: “He was a highly intelligent and witty man who throughout his adult life was both an immensely likeable character and an enigma.”

Overend attended Ross Grammar School where he met Dale Griffin. Together they played in local bands The Anchors, Wild Dogs Hellhounds and The Silence. before forming The Doc Thomas Group with Mick Ralphs and Stan Tippins from The Buddies.

The line-up changed in 1968, when keyboard player Verden Allen joining them and they changed their name to The Shakedown Sound.

In 1969 a move to London, the musicians came to the attention of record producer Guy Stevens who recruited Ian Hunter as the band’s lead singer and so Mott the Hoople was formed.

After the group had enjoyed numerous hits the band split up in 1974 and Overend went on to form the bands Mott and British Lions.

And by the mid 1980s, he was working as a producer, making albums with Department S and Hanoi Rocks.

He then left the music industry behind to become an antiques and memorabilia dealer in Hereford.

Overend, who was famous for not giving interviews, also wrote a book, The Man Who Hated Walking, which was published in 2013 – the same year the Review caught up with him.

He revealed that he was looking forward to the forthcoming Mott the Hoople reunion tour and said: “It’s really exciting because the last reunion we did to celebrate the band’s 40 years together was just so amazing.

“And I’m on the lookout for some (glam rock) clothes that I can wear on stage.”

Asked if the band would be playing all the old hits, he responded: “Lets face it these songs have been supporting us loyally for 45 years, so yes they will all get played.

“The shows are so exciting, for the fans and us. I made the mistake of popping into the bar at one of our gigs on the last tour, and they nearly ripped my clothes off me. It was absolutely wild.”