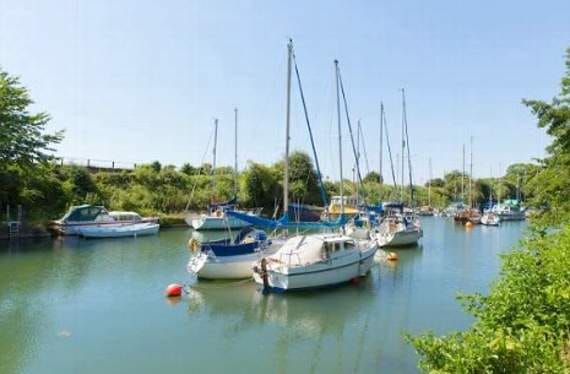 ANOTHER £1.5m of funding to revitalise the Lydney Docks area could be in the pipeline.

The Government’s Coastal Communities Fund gave the ‘Destination Lydney Harbour’ project a £2.1m boost in September, and now Gloucestershire County Council’s cabinet is being urged to approve the extra expenditure.

The Cabinet is due to consider the request on Friday (December 29) to transfer £1.5m from the Forest District Council to the county council for a highways improvement project around the docks and harbour.

The highways improvements are part of a bigger scheme by the Lydney Coastal Community Team to increase the tourism and recreational potential of Lydney Harbour, by developing local attractions, creating jobs and promoting growth in the community.

If approved, the highways improvement project will include: the resurfacing of Harbour Road and creating a new footway with improved lighting; additional parking at Cookson Terrace and Railway Terrace to free up space on Harbour Road; and creating a shared space cycle track for cyclist and pedestrians.

Cllr Vernon Smith, cabinet member for highways, said: “The regeneration of Lydney Harbour will benefit residents and businesses, as well as boost the local economy.

“The highways improvements will be an important part of that work and we’re delighted to be involved with the project.”

Cllr Alan Preest, county councillor for Lydney, said: “The investment into our town and harbour is fantastic news for the local community.

“There are a number of exciting projects planned that will really put Lydney on the map and make it an even more enjoyable place to live, work and visit.”

Other projects led by the Lydney Coastal Community Team that will be completed as part of ‘Destination Lydney Harbour’ include new public toilets, a heritage information point, a public art installation and an arts-based walking trail, and a new café.

If approved, public events will be held in 2020 to share large scale plans and graphics of what the harbour will look like, and answer any questions the public might have about the project.