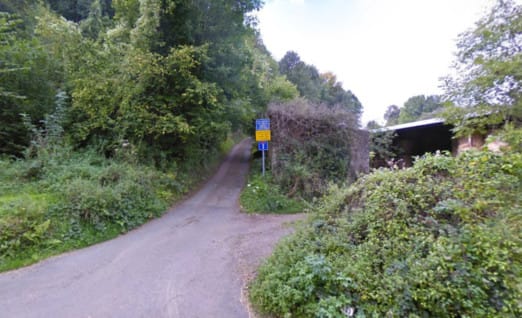 THE owner of a boarded-up pub in Ross-on-Wye is appealing an order to demolish an ’unauthorised’ two-storey building put up on the site of a derelict woodland sweet shop.

Mark Dew has been involved in planning battles with Herefordshire Council over the town’s rundown Riverside pub for several years, which he was refused permission to develop as housing five years ago.

Mr Dew, who also owns the Malt Shovel pub in Ruardean, is also facing further action over his collection of 70 rusting cars at Doward Farm in Whitchurch, which the council say he has failed to clear in line with an enforcement notice.

Last year, the Forest of Dean Council also passed an enforcement order to halt construction work on the site of the ’Old Sweet Shop’ ruin, on a woodland slope off Coppice Road near Lower Lydbrook.

Mr Dew has now appealed to the planning inspector, having told the council: "There has been a building on the site for upward of 200 yearsâ¦ all I have done is to restore what was there previously".

A planning contravention notice was issued in January 2021, but officers from the council visited the site, accessed by a rough track, in February and March to find men continuing to carry out building works.

Western Power also connected electricity to the building that spring, a council report to the planning committee said.

"The previous building (a cottage) had been deemed to have been derelict in the mid 1960s and its previous use had by then long-since been abandoned," added the report.

"It is evident that the current unauthorised development does not benefit from a planning permission and is not development that is permitted.

"Whilst the owner has suggested, when questioned through the investigation, that the building could be used for agricultural/forestry purposes or storage, no evidence has been provided by them to support these suggestions.

"On the contrary, from the evidence collated as part of this enforcement investigation, including consultation with the Building Control Officer, it is considered that the building is an incomplete dwelling house and its intended use is that of residential, as confirmed by the owner within their building regulations application form and the payments made."

A letter submitted to the planning committee from an "elderly" woman who said she had "previously lived at the site" claimed the "pretty little stone cottageâ¦ had been restored by craftsmen and that the past should be preserved for future generations".

But councillors agreed to enforcement action after hearing the isolated site lies outside the settlement boundary beside the Wye Valley Area of Outstanding Natural Beauty, "a landscape recognised for its scenic beauty".

The report added: "The proposal introduces a residential dwelling, which will inevitably be accompanied by residential paraphernalia, to a site that has for the last 70 years been a small woodland coppice."

It also claimed no thought had been given to the site’s "bio-diversity", and the building would cause "adverse environmental impact".

An enforcement notice was issued in June demanding the demolition of the unauthorised building within six months and the disconnection of the power supply, which Mr Dew is now appealing.

The pub owner is no stranger to planning disputes, with councillors regularly bemoaning the state of the boarded-up and derelict Riverside Inn on Wye Street, which he was refused planning permission to turn into homes in 2016.

Mr Dew also appealed an enforcement notice to clear his collection of scrap and ’vintage’ cars at Doward Farm, which the planning inspector dismissed in July 2020.

Herefordshire Council said last November the cars still haven’t been moved and they are considering their next step.