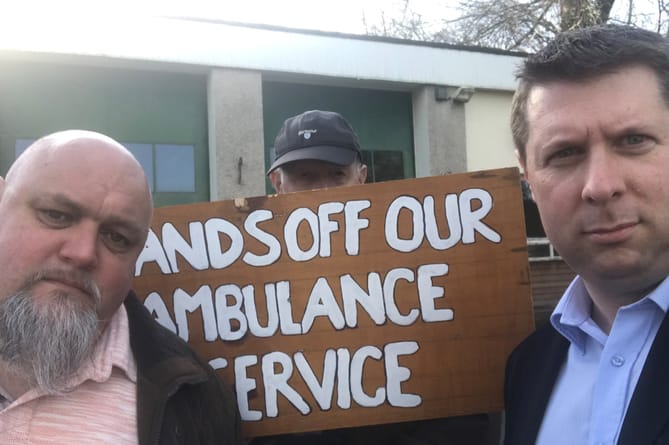 PLANS to cut the number of rapid response vehicles at Chepstow and Monmouth ambulance stations are set to be debated by Monmouthshire councillors.

A motion set to go before a full county council meeting calls on the Welsh Ambulance Service and Welsh Government to scrap the plans.

The Welsh Ambulance Services NHS Trust is planning to reduce the number of rapid response vehicles at Chepstow and Monmouth ambulance stations as part of its national roster review.

However it says Monmouthshire would see an increase in the number of emergency ambulances and urgent care service hours available as part of the proposals.

A motion put forward by council leader, Cllr Richard John, says the council believes that “downgrading these stations will put the lives of residents in the Monmouth, Chepstow and Caldicot areas at risk”.

Cllr John said: “Paramedics responding to 999 calls in the rapid response vehicles based in Monmouth and Parkwall have saved countless lives over the years.

“There are sons, daughters, mothers, fathers alive today who simply would not be, had these rapid response vehicles not been available for paramedics to ensure a fast response to heart attacks, strokes and other life-threatening emergencies.

“Removing these vehicles and effecting halving the capacity of the ambulance service in Monmouthshire is dangerous, reckless and will cost lives.”

Monmouth councillor Jamie Treharne added: “These plans, which could leave Monmouth with no ambulance cover are downright dangerous and should be scrapped.

“These proposed changes would put many lives at risk, particularly older and more vulnerable people.”

Jason Killens, chief executive of the Welsh Ambulance Service said: “We are disappointed to learn of Cllr John’s proposed motion via the press, having written to Monmouthshire County Council some weeks ago extending an offer to meet in-person to discuss this issue further.

“We are investing in ambulance capacity across Wales, and Monmouthshire will see a rise of five full-time employees (FTEs) as well as an increase in the number of emergency ambulances and urgent care service hours available.

“Through our roster review the wider Aneurin Bevan University Health Board area will see a total uplift of 53 FTEs (equivalent to 23 per cent) who will be available to cross into Monmouthshire to further boost response capacity.

“As we make changes we will pay close attention to patient safety information and all our decisions will be clinically led and based on patient demand  data.”