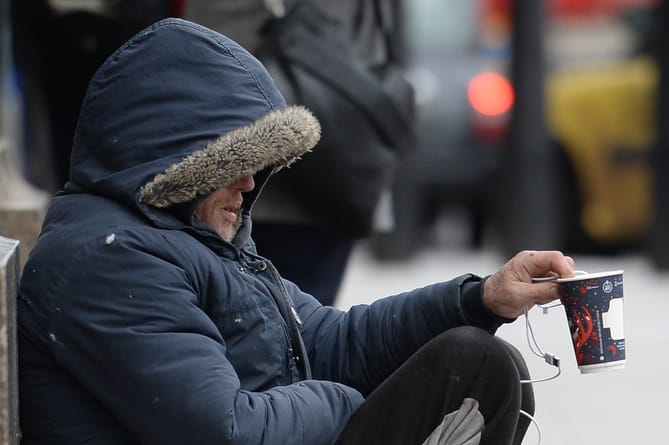 More than 150 households in the Forest of Dean were tipped into homelessness during the first 18 months of the coronavirus pandemic, figures reveal.

Housing charity Shelter said thousands of families across the country have become homeless during the Covid-19 crisis, and with living costs rising, more are at risk now.

Department for Levelling Up, Housing and Communities figures show that 152 households in the Forest of Dean sought council support after becoming homeless between April 2020 and the end of September 2021.

Of those, 12 were households with children.

Across England, 222,360 households have been pushed into homelessness since April 2020 – equivalent to a city six times larger than the Forest of Dean.

Shelter said if someone has become repeatedly homeless over the 18 months, they would appear in the figures multiple times – though the charity estimates this to be a very small number of cases.

Osama Bhutta, director of campaigns at Shelter, said the pandemic has been "atrocious" for struggling families even with protections like the eviction ban and the £20 Universal Credit uplift.

She added: “Now, living costs are spiralling and all the protections are gone, even more people will be at risk of losing their homes.

“The economic impact of the pandemic has exposed the true cost of decades of failure to build the social homes we need, leaving millions in insecure homes they can barely afford."

Bailiff-enforced evictions were banned for a large part of the pandemic – a measure introduced by the Government to prevent renters from being made homeless – though the ban was lifted in England on May 31.

Containing the first three full months’ worth of data after the eviction ban was lifted, the latest statistics show 36,510 English households became homeless between July and September 2021 – the equivalent of 397 every day.

In the Forest of Dean, 16 households needed help because they were homeless over this time – down from 35 during the same period in 2020.

And Crisis said there are even more people across England "slipping through the cracks" who are not recorded in these figures.

Francesca Albanese, acting director of policy and external affairs at Crisis, said: “The pandemic showed us all just how important home is to a person, yet many thousands have been left without a safe and secure place to call their own.

"People are now struggling as the safety net of pandemic protections, such as the eviction ban and universal credit uplift, have been withdrawn.

"This also comes at a time when even more people are at risk of homelessness as the cost of living crisis squeezes household finances to breaking point."

A Department for Levelling Up, Housing and Communities said its actions had helped keep thousands of people in their homes.

A spokeswoman added: “Government interventions have also prevented almost 450,000 households from becoming homeless since 2017, supported by an extra £316 million this year, and we will also be ending no-fault evictions as soon as we can.”