Star kicks back at castle after South Africa ordeal 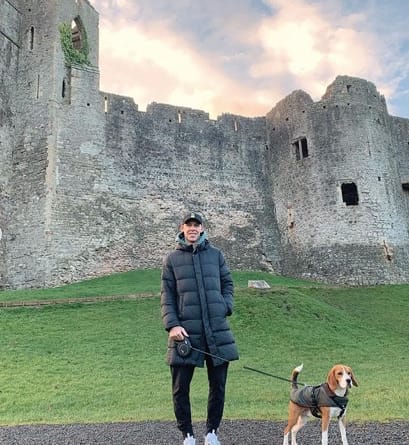 A TRIP to the castle and the pub with his Chepstow fiancée was just what Wales and Lions rugby star Liam Williams needed after the end of 10 days quarantine following the Scarlets’ South Africa nightmare.

The squad of 32 players and 15 staff were trapped in Durban where they had gone to play United Rugby Championship matches when the new Omicron Covid variant emerged and the country was put on the UK Government’s red travel list.

They then had to isolate for 10 days in a UK Government-approved hotel near Belfast, which they completed last Friday morning (December 10).

And on arriving back in Wales, he headed with model fiancÃ©e Sophie Harries to her hometown of Chepstow, and spent part of the weekend visiting the town’s towering castle with their pet pooch Benji, as seen in pictures she posted online, followed by a trip to a nearby pub.

She added on Instagram: "So nice to have @sanjaywills home finally after being stuck in quarantine for what feels like forever... first stop was always to go see our hansoms."

The couple, who have been together for six years, have been dubbed "the Posh and Becks of rugby", with Sophie jetting around the world for fashion assignments and previously describing herself as ’a smalltown Welsh girl living in London’.