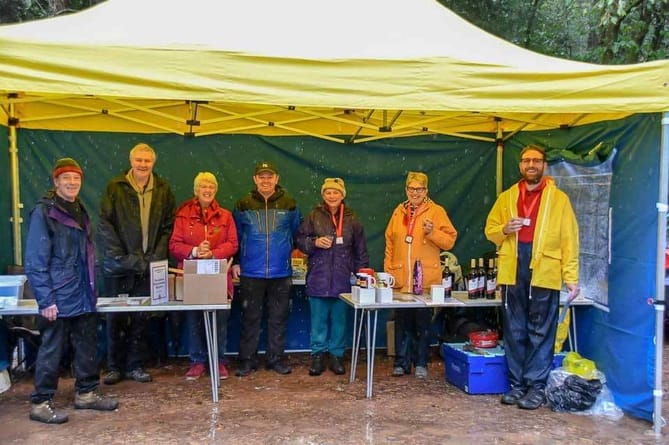 A ROYAL British Legion (RBL) branch in the Forest is appealing to the community to help track down fundraising equipment that was stolen during a break-in last week.

Members of Cinderford RBL were “saddened” to report on Saturday (May 7) that thieves had broken into their Poppy Appeal shed, located on Commercial Street in the town, and made off with several items they use to promote and raise money for the branch at local events.

A statement from the branch says the burglary happened at some point over the course of last Friday night (May 6) and Saturday morning (May 7).

A large blue and yellow gazebo (pictured) and several fold-up plastic tables were stolen from the shed in the break-in.

The incident was reported to the police and the branch shared an appeal on its social media pages to try and locate the stolen items.

Branch member Mark Evans said the thieves had damaged the door of the shed during the break-in, and although it has now been repaired, “there is only so much” they can do to secure it.

“However we were saddened to find out that at some point last night and this morning, our Poppy Appeal storage shed on Commercial Street was broken into.

“Our gazebo and tables were taken which has been a great shock for the branch.

“These items are used to promote and raise money for the branch and to assist our veteran Community as well as members and their families.”

Mark says members were very encouraged by the response their appeal has received online, with more than 200 people sharing the post on Facebook.

Anyone with information about the theft, or anyone who is offered any of the items described, are encouraged to contact the branch or the police, either online or by calling 101, quoting incident no. 247 of 07/05/22.