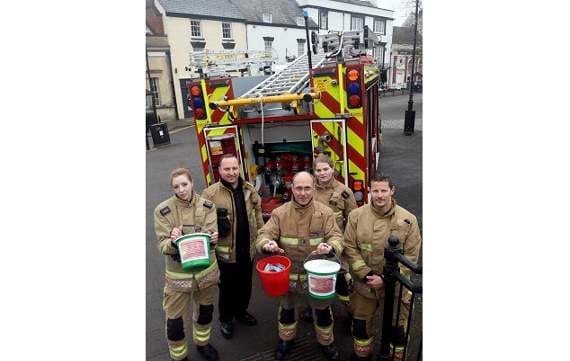 FIREFIGHTERS helped rattle buckets in the centre of Coleford to raise funds for those affected by the Australian bushfires.

Their Australian colleagues have been at the forefront of the battle to save lives and properties from the devastating fires which have raged since September last year.

The collection event was organised by Coleford Town Council.

The council invited the public to show their support on Saturday morn- ing by donating to the fund before the official Australia Day on Sunday.

Billions of animals are estimated to have died in the fires and at least 26 people have lost their lives, with millions of hectares of land and thousands of homes also destroyed.

There was music from local buskers who provided entertainment throughout the morning in the town centre.

There were also stalls from local businesses – as well as the Gloucestershire Fire and Rescue Service, who attended the event in a fire engine.

A post on Coleford Town Council’s Facebook page said: “Thank you to everyone who gave so generously on Saturday morning to the Australian Bush Fire appeal.