Man's house trashed and fires started in spate of vandalism 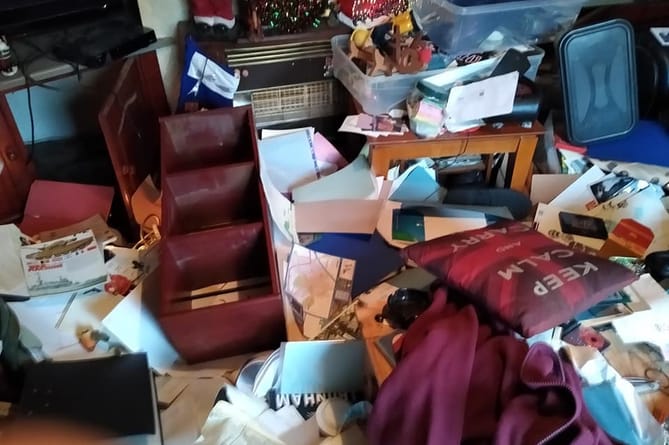 POLICE and other emergency services have been called out to more than 20 incidents of anti-social behaviour in the Caldicot area, including arson and criminal damage, in December and January.

One call-out was to the home of a vulnerable 65-year-old man who returned to his house near Oakley Way on New Year’s Eve to find it had been trashed in a "mindless act of vandalism".

A community SoS to residents to help him clear up and source new furniture saw a fantastic response, though, as people rallied round to help.

Posting about the damage on the Caldicot Community Facebook page, Graham Roberts said: "A 65-year-old Caldicot man who lives alone and suffering with certain debilitating issues returned home near Oakley Way on New Year’s Eve to find his home had been trashed. The downstairs looked like a bomb had hit itâ¦

"The police had to take his statement in the police car because there was nowhere to sit in the house. It was a totally mindless act of vandalism and totally unnecessary."

After appealing for help to tidy up and clean, he later added: "Thank you all very much, there has been a wonderful response to this posting, you lovely people."

Another act of yobbishness in the town also saw the men’s public toilets at Jubilee Way car park shut after being vandalised.

The nearby village of Rogiet has also been hit, with vandals causing thousands of pounds worth of damage last week to the community play park in Westway, with its tunnel train set alight and partly destroyed on Tuesday, January 4).

Two days later, the Station Road roundabout flowerbed was trashed when a vehicle reportedly drove over it.

"These reports range from items being thrown at shops to illegal off-road biking.

"Three of these reports involved fires which required officers from South Wales Fire and Rescue Service to be alerted to the calls.

"This type of behaviour negatively impacts on our communities - it will not be tolerated by Gwent Police."

Firefighters managed to put a blaze out in 20 minutes near Newport Road last week, but said such incidents can quickly become more serious.

Gareth Evans of South Wales Fire and Rescue Service said: "In recent weeks our crews have attended several suspected deliberate incidents within close proximity of each other in Caldicot.

"Deliberate fires are extremely dangerous and can spread quickly which can put lives in danger and cause significant damage to property and to the environment.

"Incidents like this may seem small and inconsequential, but they put our firefighters in danger and reduce the availability of resources to attend other emergencies."

* A police appeal for help in locating a 29-year-old man in connection with an investigation into criminal damage in Caldicot resulted in an arrest on Thursday, January 6.