Police to recruit hundreds of staff to address failings 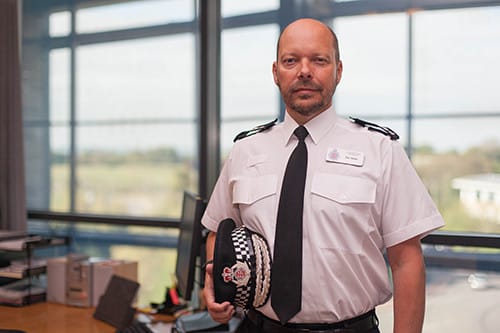 GLOUCESTERSHIRE Constabulary will look to recruit hundreds of new staff in a bid to reverse failings identified in a recent inspection.

Chief Constable Rod Hansen told a police and crime panel last Wednesday (November 3) that the force would look to recruit additional control room and crime standards bureau staff, as well as 300 new police officers, in an attempt to address the issues raised.

Her Majesty’s Inspectorate of Constabulary and Fire and Rescue Services (HMICFRS) raised concerns about the overall performance of the constabulary, despite improvements "in some areas", in a report released last month.

The force was marked ’inadequate’ in five areas in the report, including how it protects vulnerable people and how it investigates crime.

The inspectorate also found the force is not able to respond effectively to calls to the control room or when it deploys officers to incidents, despite establishing a new way of working since the last inspection in 2019.

"The force should gain a better understanding of these demands and be able to manage its resources more effectively as the new system develops", said Her Majesty’s Inspector of Constabulary, Wendy Williams, in the report.

"The force must make sure that officers have the capacity and ability to investigate reported crimes properly and promptly."Â

The report also said that opportunities to prosecute are being missed because investigations are poor, or because officers have not collected evidence or persevered in enough cases where the victim no longer wishes to pursue a prosecution.

Chief Constable Rod Hansen told last week’s panel that the force is carrying out a recruitment drive to help address the issues.

A total of 103 new police staff will be split between the control room and crime standards bureau, which Mr Hansen hopes will improve call response times and crime recording.

He said they will use the report to improve and get better.