Clampdown call on grazers who put lives at risk 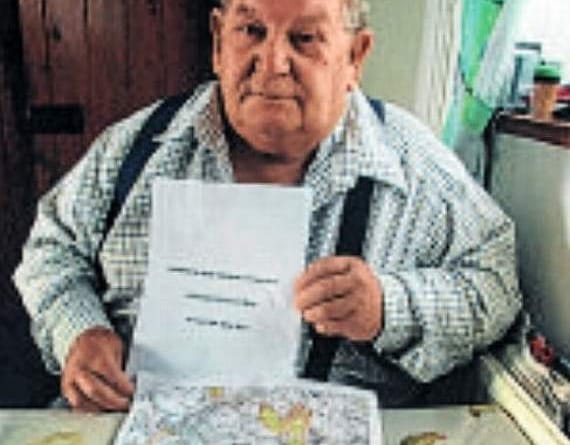 COMMONERS in the Forest of Dean want to work with local councils and organisations to "clamp down" on irresponsible grazers who are putting motorists’ lives at risk.

Chairman of the Commoners’ Association Mick Holder says that a host of problems arise with unmarked sheep in the Forest on a daily basis, including animals grazing near the A48 which poses a risk to road safety.

He claims that people in the Forest are also "upset" about the amount of sheep droppings found on public footpaths in villages such as Bream.

Such incidents are linked to grazers who are independent of the association.

The running of sheep through public land is a Forest tradition which dates back more than 800 years, and there are currently 48 registered commoners in the district.

Mick wants to make it so that people need to be registered with the association to graze, so that their activities can be properly regulated.

"The commoners would like to take on more responsibility for grazing and to allocate or deny an area for grazing," he said.

"In Bream there’s a host of problems on a daily basis like there is on the A48, where cars are easily travelling at 70 or 80mph.

"One of the problems is independent grazers.

"People in the Forest are upset because when somebody goes to take their kids to school, they’ve got to walk through sheep muck.

"That sheep muck is carried into the classrooms and back into people’s houses."

Mick says that the association’s work is made more difficult by independent grazers allowing their sheep to roam unmarked.

"We rely on the fact that the sheep are marked," he continued.

"So, if there is a dead sheep for instance, I look up the list and tell the relevant commoner to go and collect it.

He also said the majority of commoners now keep their flock on private land, although they still have the right to freedom of pasture.

"Most of those in the commoners’ association have now got small areas of backland of their own," he said.

"Because of the problems we’ve had with the pigs, the grazing and one thing or another the majority of people have got their sheep grazing on their own land.

"But they still have the right to open the gate for freedom of pasture."

Mick says he wants to work with Forestry England, Forest of Dean District Council and parish councils to tackle the problems facing commoners and the local community.

"If they give us that bit of authority and agree that people need to be in the association to graze, we can solve the issue.

"We still want your help and we want to work with the parish councils.

"And if there are any problems with the boar and things like that give us a shout and we will do what we can to help.

"If the authorities have got the mind to do it, they can use the information that we, as commoners, are carrying."

County Councillor Terry Hale (Con, Lydbrook and Drybrook), who sits on the sheep liaison group, agrees that it would be ideal for all parties to work together.

"We need the backing from the Forestry Commission," he said.

"So that sheep can’t be run in the Forest without marks on them.

"The ideal thing is that we work together."

"All sheep grazing on land managed by Forestry England within the forest bounds should be marked with a mark registered with the Deputy Surveyor.

"The marks are issued and the register maintained by the Commoners Association.

"Forestry England recommends that graziers do join the Commoners Association.

"There is, however, no requirement for graziers to be members and nor has there been any such requirement through history."