Concern sheep may be ‘suffering needlessly’ 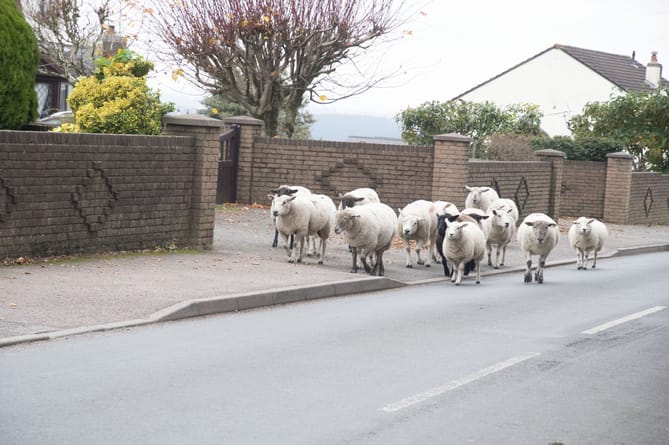 Sheep have roamed the Forest for centuries but the Commoners’ Assocaition say injured animals can suffer needlessly.

Injured sheep are needlessly being left for days by the side of the road in Gloucestershire according to the Forest of Dean Commoners’ Association.

The running of sheep through public land is a Forest tradition dating back more than 800 years, and there are around 48 registered commoners in the district.

The Commoners’ Association is a non-profit organisation dedicated to protecting the tradition of free roaming sheep in the Forest.

But general secretary Mick Holder says sheep are suffering needlessly because authorities are not following the agreed procedure of notifying when hurt or dead sheep are found.

He said a sheep that was hit by a van in Whitecroft earlier this year lay injured by the side of the road for three days before it was humanely killed.

Mr Holder said: “On February 9 there was a sheep lay dying on the roadside and it lay there for three day as a result of a crash.

“It was seen to be knocked down by a motorist following a white van. The incident was reported to Trading Standards who advised that Forestry England had been notified and they were dealing with it.

“Three days later, I received a call from a very concerned member of the public detailing the sheep was still badly injured and dying on the side of the road. We then went out and dispatched the sheep.

“But because they are not following the original flowchart, the commoners were not contacted to deal with the issue. What Forestry England should have done is refer that issue to me straight away.”

County Cllr Terry Hale (C, Drybrook and Lydbrook) who is a member of the sheep liaison group is also frustrated about the situation.

“The sheep dying on the side of the road is a clear example of the Commoners Association being accused of not looking after the sheep when Trading Standards, and Forestry England are not following the flowchart.

“The flowchart specifically says how such an incident should be dealt with.”

Kevin Stannard, Forestry England’s deputy surveyor for the Forest of Dean, says they support the tradition of free roaming sheep and continue to encourage the responsible shepherding of those sheep.

He said: “As part of Our Shared Forest, Forest of Dean Land Management Plan, we are committed to shape a wider appreciation, and better understanding, of the role that grazing animals play in maintaining and improving the ecological qualities of the Forest.

“Members of the public can report sheep issues via Forestry England by calling 0300 067 4800; or by emailing [email protected] (Monday to Friday excluding Bank Holidays, 9am to 3pm).

“Reports received by the Forestry England are logged, and passed onto the Commoners Association who may investigate so as to help resolve the issue.

“To help with reporting we encourage people to provide details of markings on the sheep, date and time, and a good description of the location as well as clarity on the exact nature of the nuisance.”

Karen Smith, head of trading standards at Gloucestershire County Council, said the welfare of all farm animals, including the sheep who can roam in parts of the Forest of Dean, is important to them and they will always investigate any concerns raised.