By Forest of Dean and Wye Valley Review
Wednesday 19th August 2015 8:27 am
Share 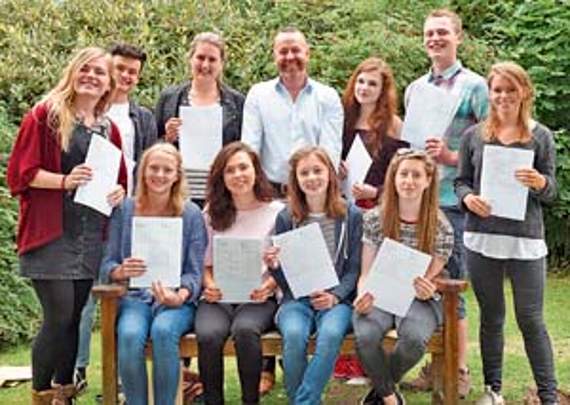 HUNDREDS of students across the district are celebrating success at A-level.

Wyedean School at Sedbury and John Kyrle High School in Ross say they have had their best-ever results.

It was a good year for mathematicians with the subject claiming the best rate at John Kyrle, while at Gloucestershire College’s Forest campus at Five Acres it was one of 15 where students all gained passes.

Monmouth Comprehensive reported a 20 per cent increase in students achieving the highest grades.

Both Monmouth Comprehensive and Chepstow School achieved 100 per cent at Level Three – two passes at grades A to E.

Caldicot School saw an improvement in its Level Three passes and also had six students achieving at least three A grades.

Among those celebrating at Gloucestershire College was Megan James, aged 18, a former pupil of the Dean Academy in Lydney.

Her A* in psychology, and grade A in both biology and chemistry has earned a place at Reading University to study psychological theory and practice.

Her degree will enable her to become a low intensity therapist.

She said: “I’m over the moon with my results. The best thing has been the close relationship you can have with lecturing team.”