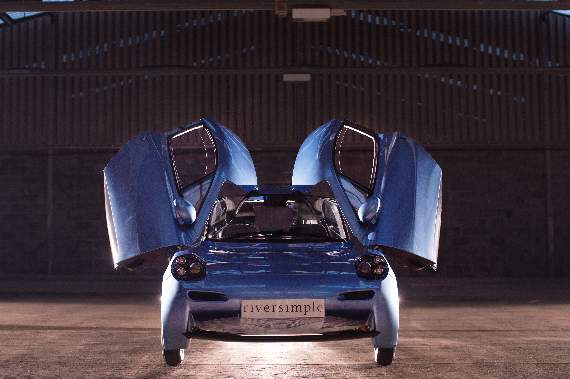 The Riversimple hydrogen cell car is described as “probably the most promising green car in the world.”

A FLEET of hydrogen-powered cars will be tested by ordinary drivers on local roads after councillors agreed to back a trial.

The cars – whose only emission is water vapour – will be put through their paces by private and business motorists for periods of between three and six months.

The vehicles are being developed by mid-Wales based Riversimple who have asked Monmouthshire County Council with a fuelling point in either Monmouth or Abergavenny.

The council’s Cabinet this afternoon (Wednesday) gave the go-ahead for the fuelling point which would be sited either in a car park or on other land owned by the council.

Between 60 and 80 drivers from Monmouthshire and the surrounding areas will be signed up to test the Rasa car.

They will have to agree to Riversimple’s ’sale of service’ model which means the Llandrindod Wells-based company will cover all fuel, insurance, maintenance and repair for a fixed monthly fee.

The company describes the car, which can cover 300 miles on 1.5kgs of hydrogen, as “probably the most promising green car in the world.”

The trial of the 60mph Rasa is being supported by a €2 million grant from the European Union.

If the trial is a success the Rasa will go into production in 2018 and will be followed by cars for motorway driving and by vans.

Deputy leader Cllr Phil Hobson (Lib Dem, Larkfield) added: “Where you get innovation, it can be a magnet for other future technologies.”

The trial will last for 12 months with an option to extend it to two years but no start date has been given.