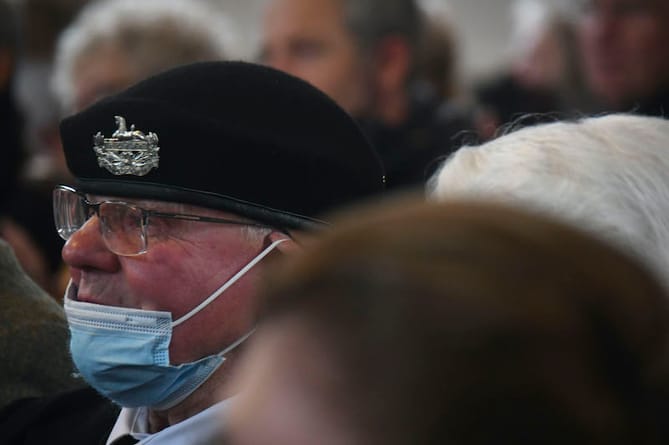 AN appeal has gone out for local people to help make a landmark birthday for the Forest’s last veteran of Imjin even more special.

Roy Mills, of Cinderford, was among the Glosters who took part in the battle during the Korean War.

Another Glosters veteran is asking Foresters to send Roy a card for his 90th birthday.

Kenny Durham, who recently ran the Forest of Dean half marathon in aid of the Soldiers of Gloucestershire Museum, is spearheading the appeal to get as many birthday wishes as possible for the former soldier.

Kenny is asking people to send a birthday card to Mr Mills via Cinderford Town Council.

Mr Mills joined the Gloucestershire Regiment and volunteered to go to Korea where he fought on Castle Hill.

Most of his comrades were killed or wounded and he had a lucky escape when a bullet passed through his balaclava.

He made it back to Hill 235 where the regiment’s famous last stand took place.

He was captured by Chinese troops and spent two and a half years in captivity before being released.

Recently he was guest of honour at the Royal Forest of Dean Orchestra’s premiere of Holding the Hill which was written by Gloucestershire composer Liz Lane to mark the 70th anniversary of the Battle of Imjin.