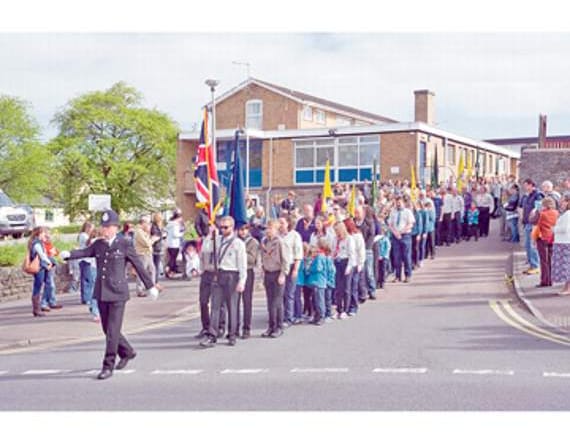 They were joined by other youth organisations including local cadets for the parade from the town’s police station to the clock tower.

At the tower a new standard for the Scouts was dedicated and a service was led by the Vicar of Coleford, Rev Sarah Bick.

Cllr Penny said: “It was a wonderful event with so many scouts renewing their vows and it will happen again next year.”

Later that day, the scouts were at the Forest Activities Festival at Speech House where they invited visitors to toast marshmallows over an open fire.

The organisation is looking to recruit more adult helpers and even tried to persuade some of Gloucestershire Troopers Star Wars group at the event to sign up.

For more information about opportunities with the scouts visit www.fodscouts.