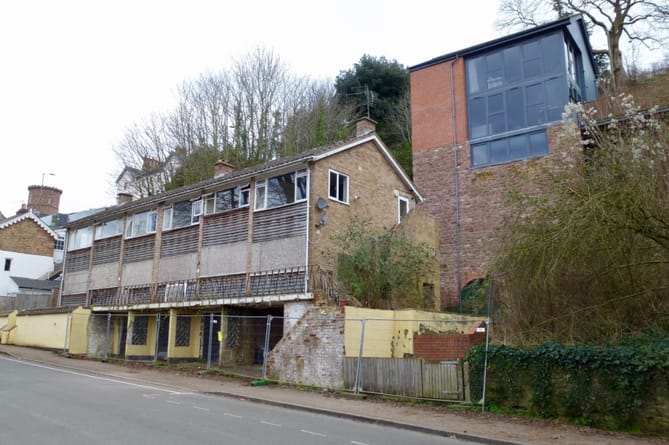 A DEVELOPER who wants to renovate and extend rundown flats on a gateway town street is demanding full costs from council planners after launching an appeal.

But a report to the planning inspector demanding the payment of "full costs" accuses the council of "unreasonable behaviour", claiming that design proposals "agreed" with one council heritage officer were later opposed by another.

It says the change from backing at the pre-application stage to opposition "appears to have stemmed purely from a change in personnel".

"The conservation officer’s suggestions were taken onboard and the submitted scheme reflects the advice received from the council," adds the report.

"Given the positive pre-application advice and general support for the scheme, the appellant had a justifiable expectation that the application would be approved."

It adds that the later objection was to design details "specifically requested by the previous heritage officer".

"It is the appellant’s case that the sudden change in position without any reasonable justification other than a difference in professional opinion between two conservation officers, amounts to unreasonable behaviour," claims the report.

The scheme was turned down on the grounds of harm to the conservation area, nearby historic buildings and the street scene.

But the appeal to the inspector to overturn the decision quotes the council planning officer as originally saying: "The existing buildings on site are clearly detrimental to the character and appearance of the street-scene and the site has constraints.

"From a design and heritage assessment the proposal is an important upgrade to this important sensitive area.

"Improving the appearance of this low-quality building is considered vital and again in principle supported. This proposal would help enhance the setting of adjoining listed buildings."

The appeal continues: "It is the appellant’s case that the proposed design is appropriately and sensitively designed to respond to its setting and does not cause harm to the setting of nearby listed buildings or to the character of the conservation area."

It points out that the conservation objections flew in the ace of the previous heritage officer’s advice, which had been backed by Historic England.

The report adds that the developer has since been threatened with enforcement action over ’untidy land’, clearly showing that the current buildings need to be redeveloped.

And the appeal includes an independent heritage appraisal which says "the proposal positively responds to the historic context, representing a marked improvement on the existing building".

It’s not the only dilapidated building there, either, standing opposite the long-closed Riverside Inn, which has fallen into a state of disrepair after an application to turn it into a home was turned down in 2016.

Ross West councillor Louis Stark urged the council’s planning and regulatory committee to approve the flats scheme last March, saying something needed to be done to improve the rundown gateway entrance to the town.

But the committee rejected the scheme by 11 votes to three after council chairman Cllr Sebastian Bowen said: "We do have a duty to get the very best designs and I think on this one we could say could do better, and should do better.

"We can work towards getting a much better one which would be more suitable to the area and more interesting architecturally."