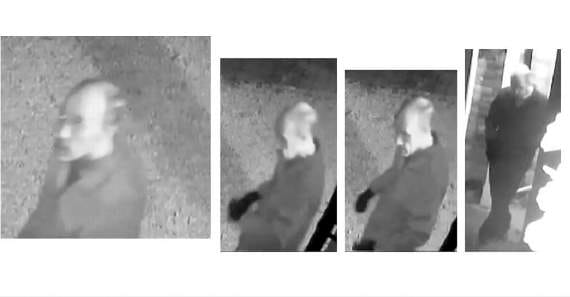 POLICE are investigating six house break-ins in less than 24 hours in the Forest of Dean, where windows were smashed and jewellery and wallets stolen.

Gloucestershire Police believe the same burglar or burglars were responsible for the spate of raids and have issued CCTV images of a man they would like to trace.

During daylight hours on Wednesday, October 10, four houses in Beauchamp Meadow, Lydney, and one in the town’s Highfield Lane were targeted.

Another property in Newnham was also burgled in the early hours of the following morning (Thursday, October 11) at around 3am.

A force spokeswoman said: “An unknown offender or offenders smashed windows to gain access to the properties.

“The properties have been searched and items such as jewellery and wallets have been stolen. The jewellery is of particular sentimental value to the owners.

“We’d like to hear from anyone who saw or heard anything suspicious in the above locations and we’d also like people to come forward if they can identify the man pictured in these CCTV images.

“Please call 101 quoting incident number 46 of 11 October if you can help with our enquiries.

“These types of incidents are distressing and upsetting for homeowners and we ask that everyone pays particular attention to home security.”

She said that with the longer and darker nights, homeowners should consider installing outside lighting around the front porch and rear kitchen/patio doors, including any side access pathways.

Other advice includes having planting or noisy gravel around driveways and garden gates, and timers to ensure internal lights come on in the early evening.

Keys should always be hidden from view, and not left in locks or on easily accessible kitchen worktops or hallway tables, she added.

Further information can be found at the Gloucestershire Constabulary website for advice on what to do if you have been the victim burglary, together with a factsheet of simple measures to protect your home.