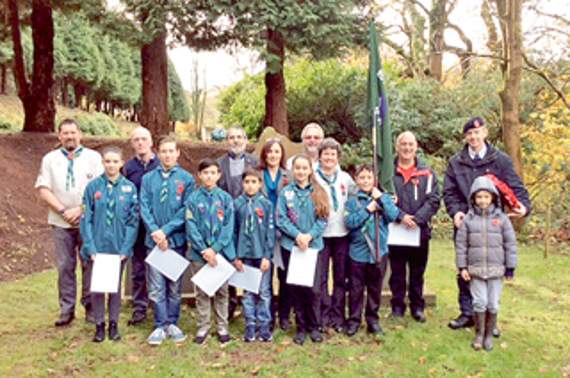 FIRST Royal Forest Scouts laid a wreath in remembrance of Polish servicemen and women and Polish scouts and guides who served and died during World War Two at the Polish Association Scout camp memorial in Parkend on Sunday.

Steve Crick, said, on behalf of the scouts: “The Polish Scout Association has been in St Briavels since 1962. Members have recently upgraded their old war memorial and have ambitious plans to renovate and modernise the site.

“Scouts and guides were arrested as political prisoners by the Nazis and children were executed by firing squads and sent to concentration camps like Auschwitz. We felt it was important that we laid a wreath in honour of fellow allies and scouts who have helped us, through their sacrifice, to enjoy life in freedom.”