Election for a new Verderer 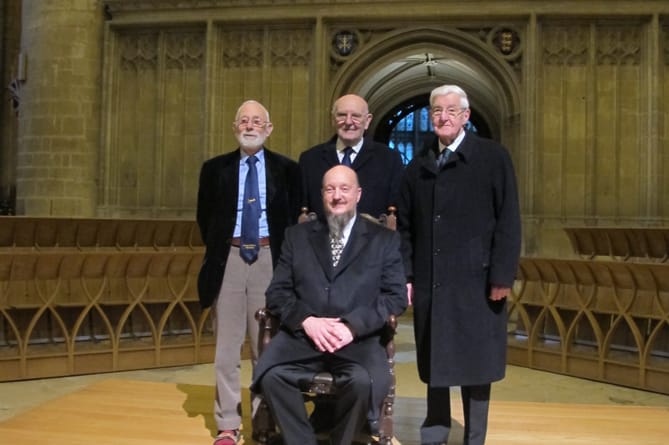 THE process to find a new Forest Verderer, following the death of Maurice Bent, has started.

A call for candidates for the ancient office has been made and if more than one comes forward an election will be held.

The four verderers help protect the customs of the Forest and are appointed for life.

The process to find a replacement for Mr Bent of Ruardean, who died last year, is being overseen by the High Sheriff of Gloucestershire Mrs Jane Tufnell.

Candidates have until next Friday (February 18) at noon to put their names forward to the High Sheriff.

If more than one person stands, an election will be held at Gloucester Cathedral on Tuesday, March 1.

Candidates have to live in the Forest of Dean or the Herefordshire parish of Hope Mansell while any adult living in Gloucestershire – with the exception of the cities of Gloucester and Bristol – has a right to vote.

The election will be decided by a show of hands and the Sheriff will then administer the oath of office.

Mrs Tufnell said: “This is a historic occasion to elect a Verderer of Her Majesty’s Forest of Dean.

“The election of a verderer remains similar to the procedure used for at least seven centuries.”

Following the death of a verderer, the burial is notified to the Crown by the steward of the Verderers Court.

A writ, tested at the Royal Courts of Justice is then sent to the High Sheriff of Gloucestershire, commanded by the Sovereign to arrange for the election of another verderer.

Candidates have to notify the Sheriff’s office in Cirencester of their full name and address and the names of those proposing and seconding them.

The details should be sent to the Under Sheriff at the County Sheriff’s Office, Lancaster House, Thomas Street, Cirencester.

There are four verderers whose role is to maintain and protect the customary practices of the Forest.

There have been verderers in the Forest of Dean for some 800 years and they still hold regular courts.

Apart from the requirement to live in the Forest or parish of Hope Mansell there are no other official conditions to be a verderer.

They meet four times a year at the Verderers’ Court at the Speech House Hotel to consider matters relevant to the “vert” – the woodlands and open lands – and the deer of the Statutory Forest.