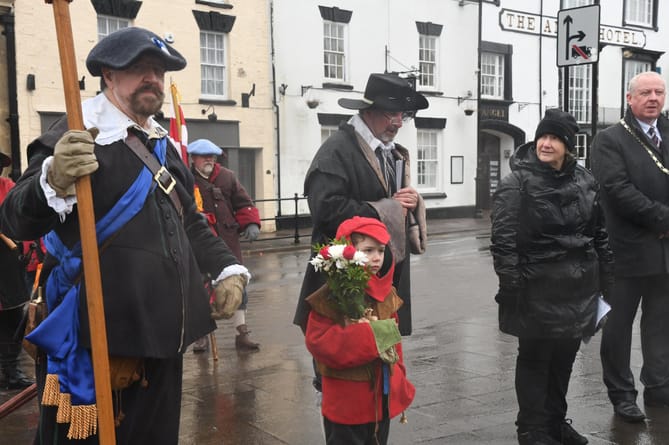 THE Miners’ Welfare Hall in Cinderford was not the place for a quiet Sunday afternoon last weekend.

But it did host a seriously impressive display of skill on the drums.

Steam Mills drum teacher Jamie Frost organised a showcase for some of his students to display their talents.

Jamie also launched a new initiative aimed at allowing students to continue with their lessons if their families are having financial difficulties.

An audience of around 200 was treated to a range of styles from the music of Ed Sheeran to Slipknot.

After an introduction by Jamie, the first performer was 14-year-old Rosie Stewart.

As well as the pressure of having to perform for a large audience and being first on stage, there was also the small matter of playing a song while one of the band who recorded it was watching and listening.

Rosie’s performance of Unbelievable by EMF received a huge round of applause – not least from the band’s drummer Mark Decloedt.

Speaking towards the end of the event, he praised the musicians for their performances and their courage in getting up on stage.

He said: “Getting up in front of an audience is the biggest thing you are going to do, you’ve got to get off the ledge and do it.

“I didn’t play in front of anybody until I was 16 so there are some very brave young souls in this room – its terrifying.”

There was an outpouring of encouragement and support from the audience for some of the young performers who found the experience overwhelming.

The average age of the schoolchildren taking part was about 12 but the youngest was five and there were a number of eight and nine-year-olds among the 30-plus performers, who also included adults.

Jamie said he was extremely proud of the perfomers: “They’ve been absolutely amazing.

“This is the first showcase I’ve organised and hopefully its the first of many.”

“It’s a project to fund blocks of lessons or subsidising lessons and equipment for families who are facing tough financial times, enabling them to carry on learning and doing what they love.”

Sunday’s event raised £300 for the fund and there was a further boost when Mark Decloedt presented one of his gold discs for EMF’s 1991 debut album Schubert Dip which will be auctioned in aid of the fund.

The fund will be limited to Jamie’s current students but it is hoped to extend that to others in the future.