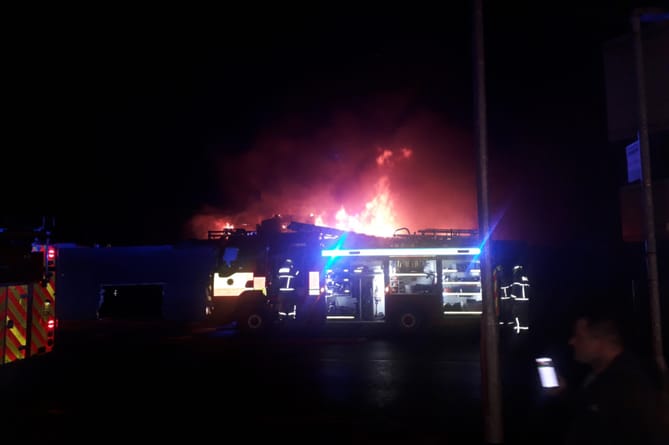 Neighbours say it is the second time in five days that the fire service had been called to the former Severn Bridge Social Club in Bulwark, Chepstow.

People living nearby were told to leave their homes because of the presence of potentially explosive material on the club site.

A local fire crew was on the scene on Bulwark Road at the entrance to the Bulwark Industrial Estate at 10am on Thursday morning ’damping down’ the still-smouldering remains of the two storey building.

A spokesperson for the South Wales Fire and Rescue Service said: "We were called to the fire at the Severn Bridge Social Club at around 7.15pm.

"There were six pumps, a couple of water bowsers and an aerial platform in attendance.

A fire engine from Caerphilly, some 30 miles away, was among those called to the scene.