Storm-force winds saw the M48 Severn Bridge closed between Chepstow and Aust on Wednesday, and even worse weather is expected tomorrow (Friday, February 19). 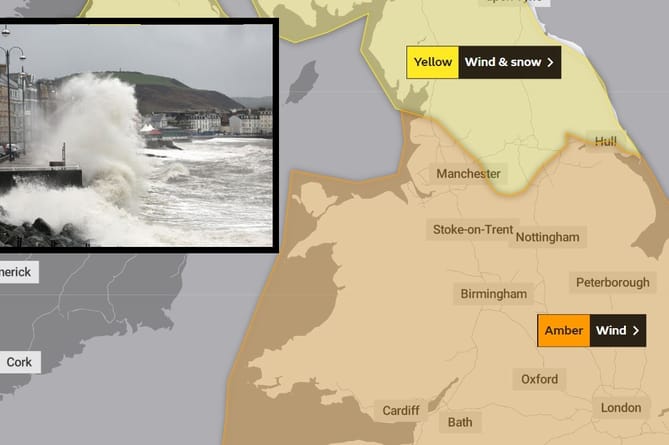 The bridge was closed to traffic at lunch time on Wednesday thanks to Storm Dudley – forcing motorists to reroute onto the M4 over the second Severn crossing downriver.

But with gusts approaching 100mph expected today from Storm Eunice, more disruption is likely until this evening.

“Forecast wind gusts from the latest ICON-EU computer model – 60-80mph inland but potential for 90mph+ for a time in exposed parts in the south and west,” he added.

Storm Eunice: Railway to close as biggest storm in a decade to hit Wales

An amber weather warning has been made for Gwent, while Natural Resources Wales has also issued several flood warnings for Monmouthshire.

People have been warned to stay indoors, with Storm Eunice predicted to cause power cuts, damage to homes, coastal flooding and travel chaos.

And the Met Office says there is the possibility of a "very rare" red warning for some areas.

Storm Eunice is expected to hit from 3am until 9pm.