'New surgery should be in town centre' say councillors 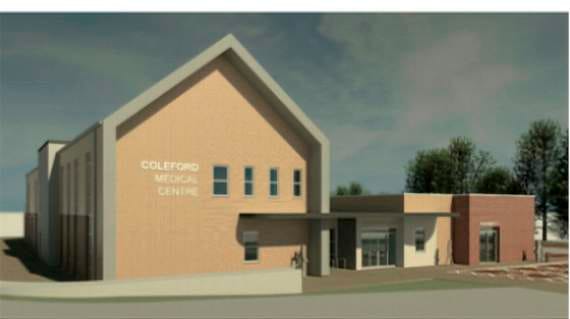 A RE-THINK has been urged on the proposed site for a new super surgery on the edge of Coleford.

But the site at The Gorse has been described as “ideally centred” by its backers because the new surgery will serve people in Coleford and Lydbrook.

Coleford Town Council has objected to the site, saying it should be in a more accessible location in the town centre.

The new surgery would bring together two GP practices, Coleford Family Doctors and the Brunston and Lydbrook Practice.

A planning application for the new surgery has been submitted to the Forest Council with the backing of the GPs at the two practices.

Cllr Marilyn Cox, Chair of the town council’s planning committee, said they welcomed the investment in a new surgery but the proposed site went against two key policies.

She said a town centre location would make it easier for more people to get to the new facility.

Cllr Cox said: “The Town Council welcomes this much-needed investment in our infrastructure given the growth in and around Coleford.

“When Coleford Neighbourhood Development Plan (CNDP) was drawn up, we consulted residents, businesses, including GPs, and included a policy (CITPA3) for just this facility.

“However, the town council has raised an objection as the location off The Gorse is contrary to two key policies.

“In making the CNDP the community set policies for the town and district councils to follow, and this location does not meet the requirements of accessibility, town centre location, and flexibility of provision for future growth.

“Also, it is not in the Defined Settlement Area, but is in the Green Ring which is protected from development by policy CNE2.

“People need to be able to get to their GP, and there is only one bus service up this steep hill, which goes two-hourly only until 1.50pm.

“Also, during school terms a school bus stops nearby in the morning and afternoon. However most buses stop in the Market Place.

“It would take most people more than the stated seven minutes to walk to the proposed health centre, and what about those with disabilities?

“Location in the town centre will enable people from a wider area to get there more easily, as happens with the existing surgeries.

“The town centre is the economic and social hub for the local residents. We note the pharmacy included in the application, and would be concerned if this meant the loss of the chemist in town as well.

“There are possible central locations which could be used to give more sustainable development.”

The business case for the new surgery was approved in August last year by the Gloucestershire Clinical Commissioning Group.

According a needs assessment submitted with the planning application, sites including the current Coleford Health Centre, High Street, Cinderhill, Bakers Hill, and Tufthorn were considered but rejected as inadequate.

The assessment stated: “The proposed site is located to the north of Coleford so is ideally centred on both patient groups.”