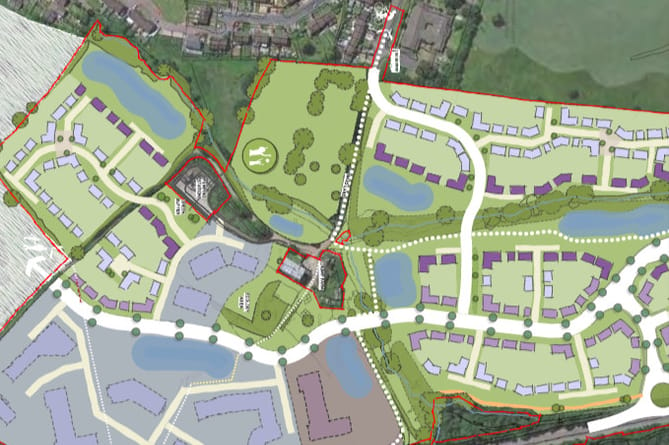 MANY of Lydney’s winter flooding issues in recent years were caused while new estates were being built - and developers will now have to take that into account, a senior council official has said.

The developers of the next big estate will have to provide details of how they are going to deal with water run-off during the construction phase as well as after the houses are built.

The Forest Council’s planning committee was also told that "attenuation" measures that have been put in place on other developments successfully prevented excess water running off sites.

The council’s development manager, Mr Clive Reynolds made the comments as the committee were deciding whether to give the go-ahead to developers Robert Hitchins Ltd for 320 homes between Naas Lane and the Lydney by-pass.

Lydney has been flooded several times in recent years with Lakeside Avenue - which is near the 5.1-acre site - having been hit particularly severely.

Mr Reynolds told the committee:: "The one area where we did experience problems with run-off in the Lydney area recently has been during the construction phase.

"People have stripped out the sites and piled up soil while they are doing their development and that alters the way the water runs, it is not permeating down and perhaps flowing in a different direction.

"As a consequence of that and various meetings with Lydney Town Council and the drainage people, particularly in the Lydney area we now propose a drainage condition that asks them (the developers) to provide a detailed drainage scheme during construction so they are managing the water flow while they are doing the building works."

He said the amount coming onto the site from the area above, which has already been developed, had slowed because of measures put in place.

"A developer can’t be asked to fix existing drainage problems but, because of the need to take into account climate change, the amount of water retention they have to deliver is not just the existing water run-off rates it is a higher rate."

Cllr James Bevan (Lydney East, Independent Alliance) said: "Constituents are concerned about drainage - I have more confidence in it now,

"It is not going to improve what is there but the attenuation has worked on the sites above."

The developers will also have to make contributions totalling more than £2.8 million for local facilities

The committee approved the application with 12 votes for and one abstention.