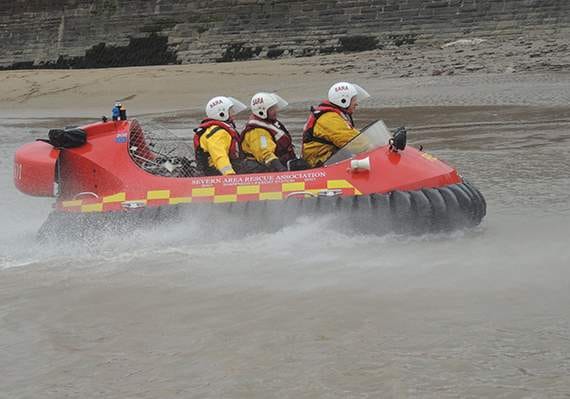 SARA rescue boat 18 and the hovercraft from Sharpness were sent after the coastguard was alerted to the emergency position radio indicating beacon at around 7pm.

The volunteer rescue organisation was joined by the coastguard helicopter from St Athan near Cardiff in the search from Lydney up the Severn.

SARA established that the beacon was coming from a sunken boat in the harbour of which the coastguard was already aware and the search was stopped.

A spokesman for SARA said: “This response is, however, a necessary precaution in the rare event of such an emergency beacon being activated.”

There is an open day at SARA’s Beachley station on Sunday (June 18) from 11am and a team of volunteers will also be staging a rescue demonstration outside Chepstow Castle during the Chepstow Big Picnic at the same time.